The BFM Stratégie Competition is over! Thank you to all participants.

The first three are:

Congratulations to all three of you!

They were invited by BFM Business to introduce their strategy as part of the BFM Stratégie show on Saturday 8 and Sunday December 9, 2018.

The BFM Stratégie Competition began on July 2018. At the beginning of August, the 400 participants with the highest quiz scores were qualified for the final phase.

This final phase consisted of three new game sessions of increasing difficulty, which were successively suggested to the 400 qualified players.

The qualified players were able to play as many times as they wanted during these three sessions.
Their best score in each of these new sessions was taken into account for the final ranking.

This competitive phase was tougher than the initial heating phase as players played against more advanced artificial intelligence and in more complex competitive situations.

However, throughout August, the unqualified players were able to continue to follow the videos of the BFM Stratégie shows and to train using the quizzes and a first level game session (accessible if you have obtained at least five points in the third quiz). However, their score was not taken into account for the BFM Stratégie competition. 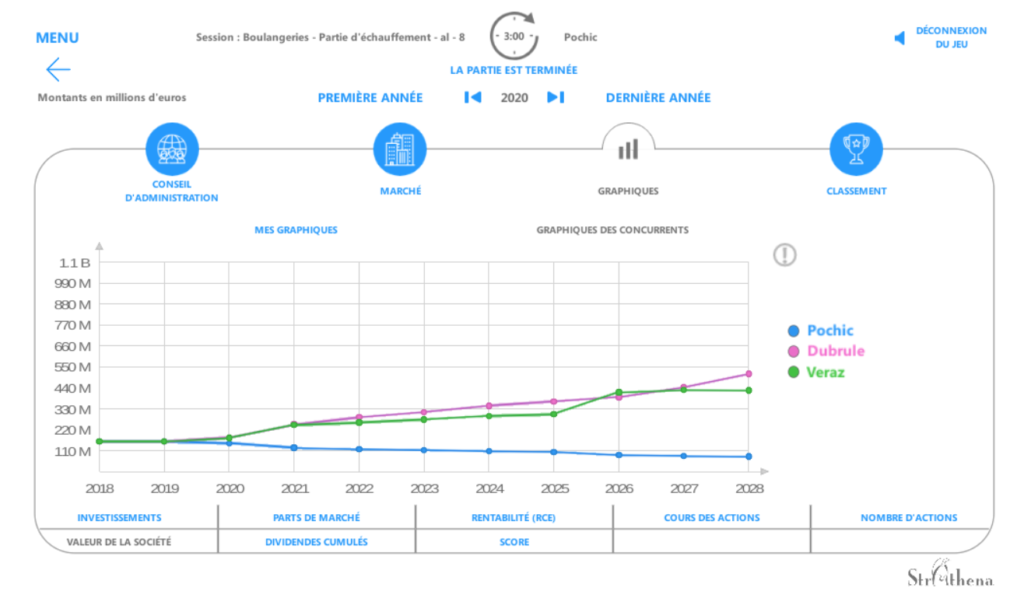 Please feel free to share your feedback with us by Clicking here.